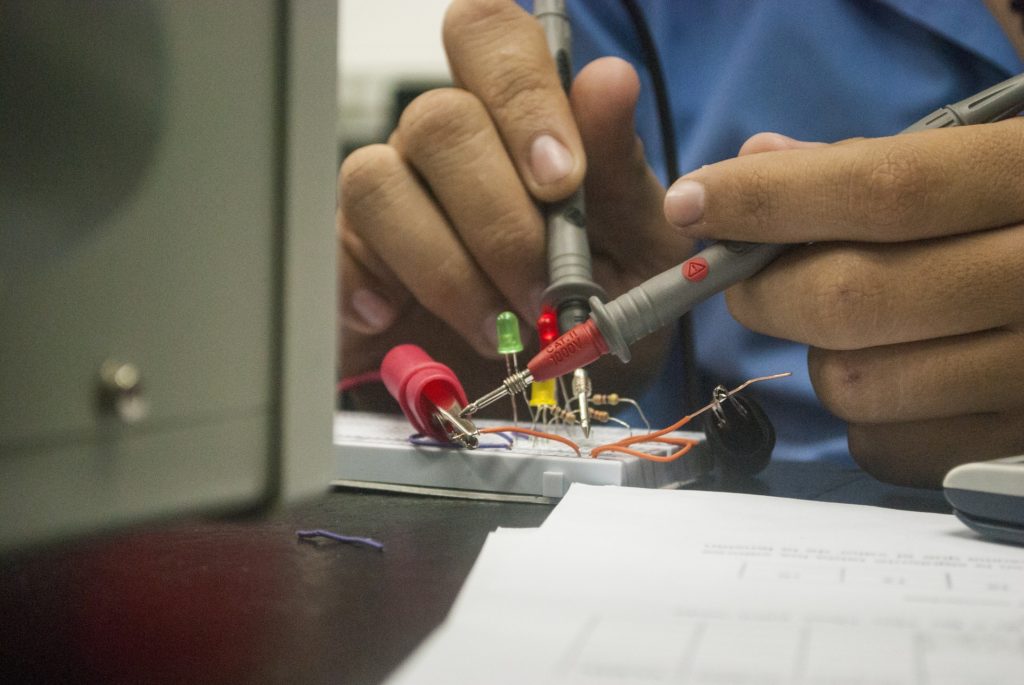 The electrical circuits used around MCUs are DC circuits, so they are not so difficult to understand if you know Ohm's law. However, it is necessary to familiarize yourself with the circuit because it is somewhat different from the circuits described in textbooks.

The left figure below is a wiring diagram rather than a circuit diagram found in textbooks. In actual circuits, ground (GND) needs to be considered and is shown in the middle of the figure below. In the actual drawing, this is simplified and shown as the right figure below.

Concepts such as ground and earth are very deep, but in actual circuit design around MCUs, they are very important for practical devices.

In a simplified circuit, the voltage divider with resistors will also be easier to understand.

Let's look at the operation in the following basic digital circuit.
In the basic circuit 1, a load resistor R is connected to the power supply side (Vdd) and a switch is connected to the ground side (Vss). How does the potential at the midpoint of the circuit change when the switch is turned on or off?

When the switch is OFF, no current flows through the load resistor. Therefore, no voltage is applied to both ends of the resistor and the potential at the midpoint is the same as the supply voltage. In other words, 1 (Vdd). When the switch is turned ON, current flows through the load resistor and the midpoint is equipotential with the ground side of the switch (Vss). In other words, 0 (Vss).

In an electric circuit, a load resistor R is required. In the above figure, if there is no load, a short circuit (short circuit) will occur the moment the switch is turned ON. The value of the load R is explained in "Input Pull-up/Pull-down Circuit" below.

The input port of the microcontroller has the function of reading the 0 or 1 signal input to the pin.

In fact, some of the things connected to the MCU as inputs, such as sensor outputs and switch contacts, do not generate voltage as they are, and cannot give 0 and 1 signals directly to the input ports simply by connecting them like a two-way switch directly connected to the power supply. This way

The pull-up and pull-down resistor values range from 300 Ω to 100 kΩ, and although this value should not be determined arbitrarily, many people generally use about 10 kΩ.

A larger value has the advantage of lower power consumption because the current flowing through the load is smaller. However, if the value is too large, the input voltage will drop below Vdd because of the voltage drop across the resistor even at small currents.

MCU input is a circuit composed of C-MOS, which has a high impedance (see Column 2), meaning that current is unlikely to be generated, so this voltage drop does not need to be considered. However, if the value is too large, the change in voltage drop will be greatly amplified by minute changes in current, making it susceptible to noise. The input impedance is like an input resistance and can be checked in the specification sheet of MCU.

In circuits other than MCUs, pull-up and pull-down resistor values are determined by considering the drive current required for the next stage of the circuit. This is because some components will not operate if the drive current is too small. Although the final resistor value should be determined by considering the balance, it is better to refer to the resistors actually used in other circuits.

The basic semiconductor switch is the transistor. Transistors have been used as amplifiers to amplify minute signals into large signals, but in the digital world, including microcomputers, they are used in the role of switches.

A transistor consists of three terminals: base B, collector C, and emitter E. Here, we will use the NPN type transistor shown in the figure below.

The transistor would be a current-driven switch that is turned on and off by the base current IB.

So far, I have explained this with transistors, which are the basic semiconductor switches.
In fact, MOSFETs (field-effect transistors) are used instead of transistors in microcontroller switches.

Understand that a transistor is a current-driven switch that amplifies current, whereas a MOSFET is a voltage-driven switch whose resistance changes when a voltage is applied to its gate.

The gate input impedance of a MOSFET is so high that little current flows even when a drive voltage is applied. In other words, this is a more efficient integrated circuit as a switch inside a MCU because it consumes less power.

Despite the differences in characteristics between transistors and MOSFETs, their operation as semiconductor switches is almost the same. The circuits used in MCUs are MOSFETs, so I will use these in my discussion from now on.

In the case of a transistor, it is called an Open-collector output.

Let's check the operation of a circuit in which an LED is sink-connected as a load to a C-MOS push-pull output circuit.

When MCU output is 1 (High), the P-MOS turns ON and connects to the power supply Vdd. the N-MOS turns OFF and disconnects. As a result, the output pin is set to 1 (High) and current flows through the LED to light it.

Let's check the operation of a circuit with an LED source-connected as a load to a C-MOS push-pull output circuit.

When MCU output is 0 (Low), N-MOS turns ON and connects to ground Vss. P-MOS turns OFF and disconnects. As a result, the output pin is 0 (Low) and current flows through the LED to light it.

When MCU output is 1 (High), N-MOS is turned OFF and disconnected from ground Vss. P-MOS is turned ONand connected to power supply Vdd. As a result, the output pin is set to 1 (High) and the LED turns OFF because both ends are connected to Vdd and no current flows.

If an open-drain is selected for the output, it is safe to assume that the P-MOS is disabled and not used.

Examples include inductive loads such as relays and motors, and loads with large drive currents such as heaters. Even in the case of LEDs with a small load capacity per LED, the allowable current of MCU will be exceeded if the number of LEDs is large.
In such cases, interface circuits are provided between MCU and the load to drive the LEDs.

Since the transistor has a current amplification function, the collector current that can flow to the load LED can be as large as the power supply capacity allows in relation to the base current. In other words, since the base current is small, the load current can flow without worrying about the allowable current of MUC.

Let's look at a circuit that drives a load via an interface called a optocoupler to a MCU output.

The optocoupler is a switch that drives a light-emitting diode on the input side and turns on/off a phototransistor on the output side. It can drive a load within the allowable range of the output side transistor.

In the output interface with optocoupler, the MCU output drives the optocoupler light-emitting diode to turn on the output transistor. The drive current IF is adjusted by the resistor R.

In the input interface with optocoupler, the output transistor is turned on by driving the photocoupler light-emitting diode with an external switch or other means. The drive current IF is adjusted by a resistor R.

A PLC (Programmable Logic Controller), a type of embedded device specialized for machine control, has output types such as transistors and relays, but is separated from the internal MCU by a optocoupler, making it a robust system against noise.

The figure shows a circuit in which a relay is driven via an optocoupler. The relay opens and closes its contact points according to the voltage and current signals given to the input coil. Relays are useful in electric circuits where switches are automatically switched by a program.

The coil at the relay input cannot be directly driven by MCU output because it is an inductive load and generates a back EMF. Therefore, the relay is driven via an optocoupler. The figure is a simplified illustration to explain the operation. In reality, a protection diode or other device is required to protect the relay from the back EMF generated by the coil.

The relay is called a contact, which mechanically turns the contact on the load side on and off. Therefore, the contacts wear out and need to be replaced according to the number of open/closed cycles. In contrast to these mechanically configured relays, SSRs (Solid State Relays) are contactless relays that are configured with semiconductors. SSRs are often used to control heaters, etc. Since they do not have mechanical contacts, they have features such as high operating speed and no contact wear.

Details of designing with photocouplers are explained in "Embedded Hardware design [with Specific circuits]".

To control DC motors, stepping motors, etc., a circuit is composed of a combination of semiconductor switches such as transistors to drive them. It is convenient to use a dedicated driver IC with all functions built into a single package, which requires fewer components and is advantageous in terms of performance and cost.

The input side of the driver IC only needs to be provided according to the specifications of each driver. For actual development, as soon as the target motor specifications are determined, commercially available driver ICs are selected based on performance, price, and availability (ease of acquisition).

The IO port of MCU has a built-in protection diode, which is called a clamp circuit. It protects the circuit from signal overvoltage (e.g. surge voltage) and electrostatic discharge (ESD).

The diode configuration shown in the figure limits the signal voltage at the IO port to within the range even if it exceeds the range from Vss (GND) to Vdd (supply voltage).

About switches (Momentary and Alternate)

There are two types of operating switch actions: Momentary and Alternate.

The Momentary is ON for as long as the switch button is held down, and returns to OFF when the button is released. Momentary" means "temporary" or "instantaneous.

If the switches connected to the input pins of MCU are of the momentary operation type, they can be combined with counters and timers to provide various functions. 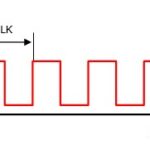 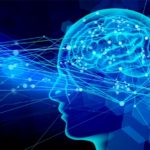 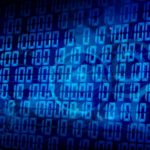 Number of bits and usage of Microcontroller 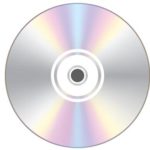 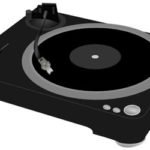 What is analog handled by Microcontroller? What is digital? [Let's start here] 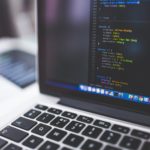 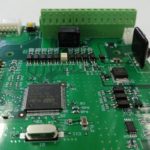 What is Microcontroller(MCU) used in embedded systems? 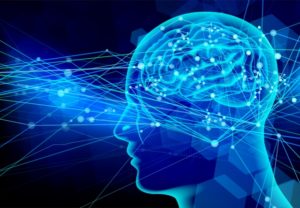